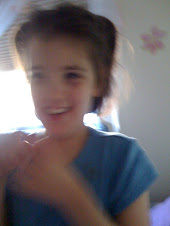 The new effort to repeal the health care reforms that were so hard won has got me steamed-- and active again. Thanks to President Obama, Democrats and a few brave republicans, my daughter lives. My insurance company would love nothing better to drop her, or even better, as they do now, continue collecting premiums for her but denying any claim related to her "pre-existing" disability. I know, they only say "pre-existing" because "too expensive" is so blunt it is offensive.

The Republican Party (as opposed to republicans I know and love) is so dysfunctional on this issue. Figure me this:
My daughter had a right to birth but not a right to life saving health care.

To follow their logic, my patriotic duty would be to stop using MediCaid, her state sponsored health care-- which is, as Ryan intimated, going to ruin America, bankrupt us and make us like Greece or England. (And, I would just say,  Greece is a nice place. Really, Ryan's comment was just rude. Frankly, for all their present problems, they are a lot older than us and deserve more respect from an upstart young nation than that. After all, they INVENTED the democracy we so love.)

Yet, repeal of health care reform would allow the evil Aetna to drop her, or to enforce the 4000 lifetime limit on pre-existing conditions-- which she blows through by about February of each plan year.

So, Representatives Ryan and Noem, Senator Thune, should we just take her off her meds and let nature take its course? Does she, or does she not have a right to life saving health care? And if not, why are we fighting for the right to birth?
Posted by Gina Hale at 2:12 PM